As promised in the Cloud Season Three post, here's this week's content update, which mainly revolves around the recent release of Prison Plasma.

Mine Bomb Pouch
One of two new pouches making their debut on Plasma, introducing the Mine Bomb pouch, a new way to get Mine Bombs without having to sacrifice your hard earned tokens!

The Mine Bomb pouch will work as follows depending on the tier you open:

​
You can get this type of pouch through bosses, lucky blocks, the delivery man, lucky chests, and the three types of crates.

Enchant Pouch
The second pouch we're adding is the Enchant Pouch, a way to level up the existing enchantments you have on your pickaxe. Before opening this type of pouch, you'll be asked to select a pickaxe that you wish to apply the winnings onto. Pick carefully, as this cannot be undone.

The Enchant Bomb pouch will work as follows depending on the tier you open:

​
You can get this type of pouch through bosses, lucky blocks, the delivery man, lucky chests, and the three types of crates.

​
Prestige Rewards & Bedrock Enchantment
We've heard your complaints that prestiging does not feel gratifying enough, and as such we've added rewards for prestiging. Each time you prestige, you'll now get 5x prestige tokens.

Prestige tokens can be spent towards exclusive enchantments, now found in the re-designed Pickaxe Upgrade menu in /tshop.

The first enchantment we've added is called 'Bedrock'. Bedrock works similar to our Hammer enchantment, except it mines all the way to the bottom of the mine rather than a horizontal layer like hammer. 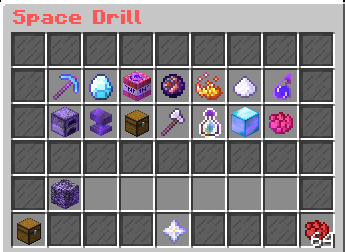 ​
Nitro Boosting
When Discord Nitro Boosting first came out, we guaranteed rewards in-game for those that went the extra mile to support us even further. We've now acted on that, with more rewards on the way in the form of cosmetics.

Every Discord Nitro booster on our Discord that has a linked account in-game will now have access to an additional reward in /deliveryman.

Why Boost?
Boosting us will allow us to unlock new perks for our Discord server, allowing us to enhance our experience for all you!

How do I Boost?
Simply open your Discord settings, navigate to the Nitro tab and select VortexPvP in the server boosting server list!

What do I get for boosting?
Anyone who chooses to boost our Discord will be given special perks, including:

/buy
The /buy system is now easier than ever to use! You can now select exactly what package you'd like to checkout with, view the current price, and click a link in-game to directly add it to your cart on the Store.

This is still a work in progress, however it simplifies a lot of the shopping experience for you. 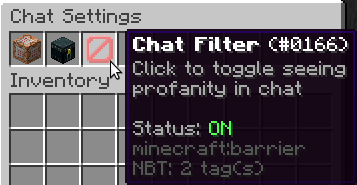 Conclusion
We're already working on our next update, which will feature a system to convert XP into Tokens along with some other exciting pieces of content. Make sure to check out Prison Plasma if you already haven't, and also join in on the reset hype next week with Skyblock Cloud, Season Three.